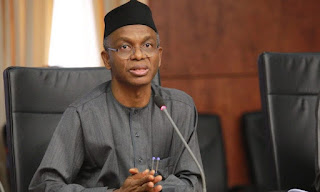 The Kaduna State Governor, Nasir El-Rufai, has declared that he is working hard to ensure the re-election of Kogi State Governor, Yahaya Bello, ahead of this Saturday’s governorship election in the state.
El Rufai, who is the Chairman of the All Progressives Congress, APC, Campaign Council of Kogi State, disclosed that he is currently campaigning to persuade people of the state to vote for Bello for a second term.
He dismisses the purported rumour being attributed to him that he has backed-out from his role.
In a statement issued on Sunday by his Special Adviser on Media and Communication, Muyiwa Adekeye, El Rufai assured that he would give his best to all his assignments, adding that the Kogi election will not be different.
The governor said he, along with other members of the campaign council, ‘’will be on the ground in Kogi this week as the APC works for another democratic mandate.”
The statement reads: ‘’The people of Kogi State will make their free choice at the ballot. Therefore, every political actor has a duty to ensure that the voters act on the basis of accurate information, not lies and fake news.
‘’APC will continue to campaign to persuade the people of Kogi State to renew the mandate they gave our party four years ago. That is the focus of the Malam Nasir El-Rufai and the members of APC Campaign Council.’’
Credit: Daily post

Four friends of Davido died within the space of 4 years. He was accused of killing the No. 3 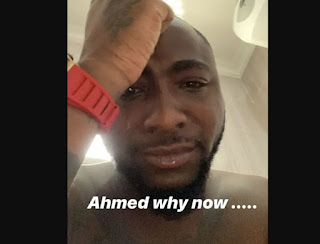