It's not Davido's fault that Adeleke gave birth to him - Cubana Chief priest blast BurnaBoy.

Published On May 22, 2020
Tags
Burnaboy
Davido
Entertainment
Olamide
Wizkid
It has all been hot online (Twitter and instagram) since Davido uploaded his picture with Wizkid with a funny caption.

Davido took to twitter to upload his picture with wizkid with a caption "Two greatest of all time". 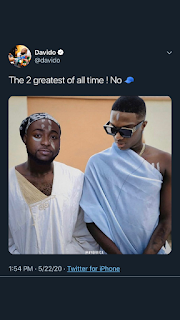 This tweet did not go down well with some of the artists and BurnaBoy was the first person to reveal how infuriated he was at the tweet as he went to his Instagram page to disclosed Davido can't sing and he is an embarrassment to the industry.  See his post below: 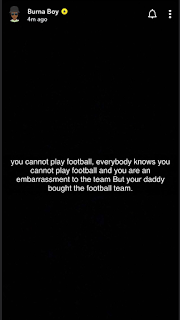 Olamide took to his page as well to disclose he wasn't happy with the tweet but BurnaBoy was the talk of the day.
Olamide posted: 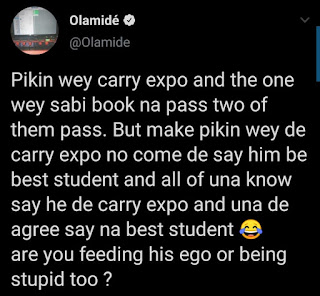 Cubana Chief priest (Celebrity Bar Man)  did not waste time to blast BurnaBoy and to set the record straight because he said Davido used his father's riches to get to where he is. 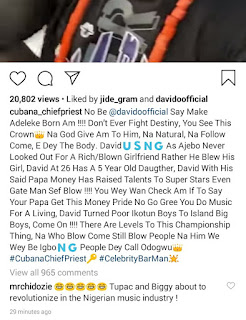 What do you think about BurnaBoy behavior? Do you think he's arrogant? 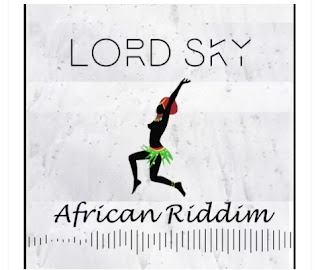